OPAL — The Historical Opal Mercantile building has been vacant since 1987, but will soon be buzzing with activity when the doors reopen with the Opal Ammo Company in June. It’s been a major renovation project since owners Dan Whiteford Sr. and Dan Whiteford Jr. bought the building in 2014. The father and son team from California have been busy getting the building up to code and ready for a new venture. The building’s main purpose will be to house their ammunition manufacturing equipment, which will include a retail window for local orders and pick-ups.

“Our long-term goal is to restore it back into a mercantile store with the ammunition manufacturing in the basement and turn the upstairs into apartments,” Whiteford Sr said. “The goal right now is to get the first floor functional.”

The first floor is where the team will house the ammunition manufacturing and shipping operations. Eventually they plan to move the equipment down into the basement and restore the first floor into a mercantile store, complete with a small sandwich shop and post office.

The Opal Mercantile was established in 1892 and also served as a post office and stage station. The mercantile sold a wide variety of groceries, meats, dry goods, hardware, furniture and more.

The original building, made of wood construction, was destroyed by a fire when paper cartons located inside the coal house ignited, burning the entire building to the ground. Not too long before that, Solliday, the town’s only hotel was also destroyed by fire. So when plans to rebuild were in the works, the proprietors decided it would be a good idea to incorporate both businesses in the same building. In 1928 the three-story brick building that stands today opened for business. 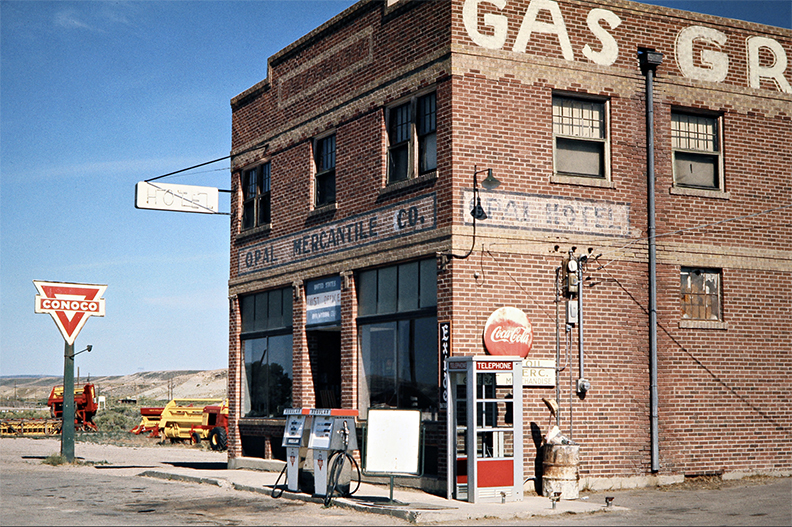 The Opal Mercantile Building in 1974. Dan Whiteford Sr. and his son Dan Whiteford Jr. are converting the building into an ammunition company, which will open in June. (COURTESY PHOTO / John F. Bjorklund)

At that time, construction of the Opal Gas Plant (Williams Field Services) was underway and construction workers kept the hotel booming. But once construction was complete, the hotel couldn’t sustain itself and had to shut down.

In 1981, the building served another purpose as the Bar-N. With the addition of alcohol sales, the post office was forced to move to a separate building. The Bar-N was lucky enough to prosper from the Exxon boom, bringing in go-go girls as they catered to arrival of more construction workers. 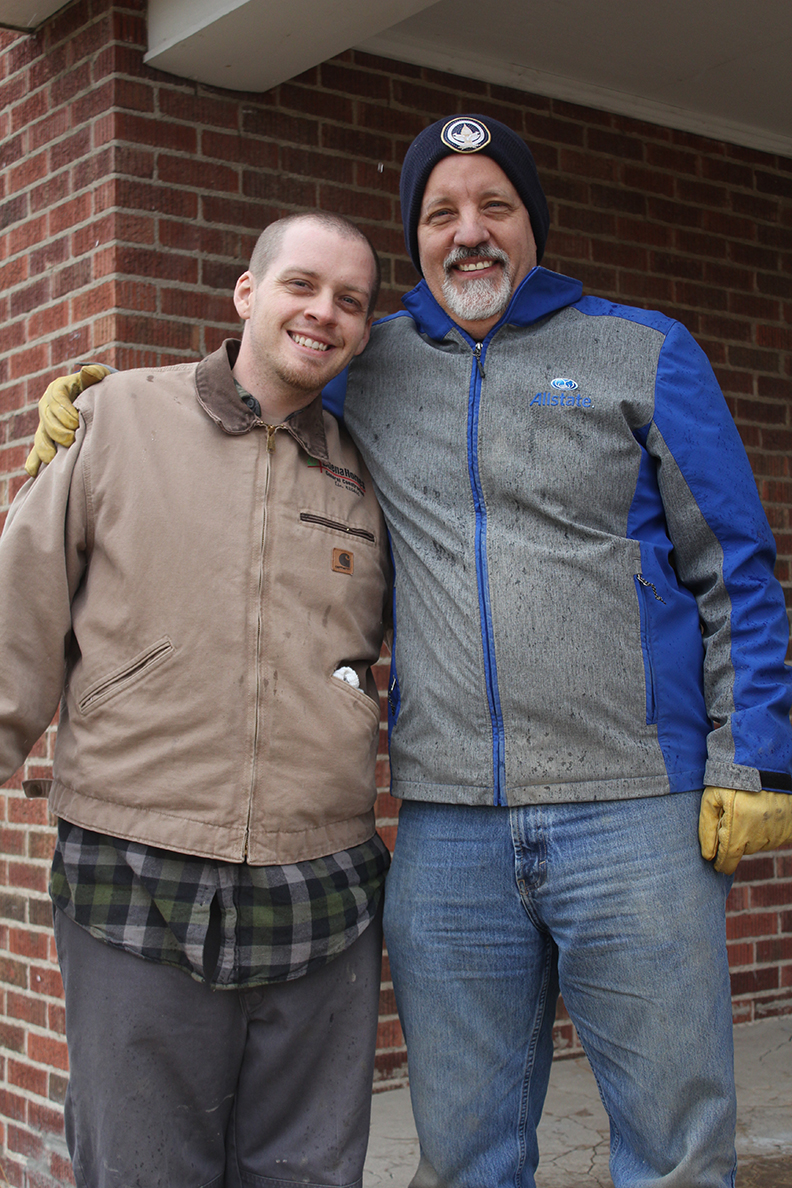 The current project came about after Dan’s brother Bill White- ford moved to Opal in 2013 with his wife Diane to escape the busy California life. Bill had taken a picture of the old building and sent it to Dan. When the property went up for tax sale, the father and son team jumped on the opportunity.

“When I saw the building, I thought, 'Man, that would be a great place to open an ammunition company," Whiteford Sr. said. “It took eight months of transfers and paperwork before we finally closed on the deal.” 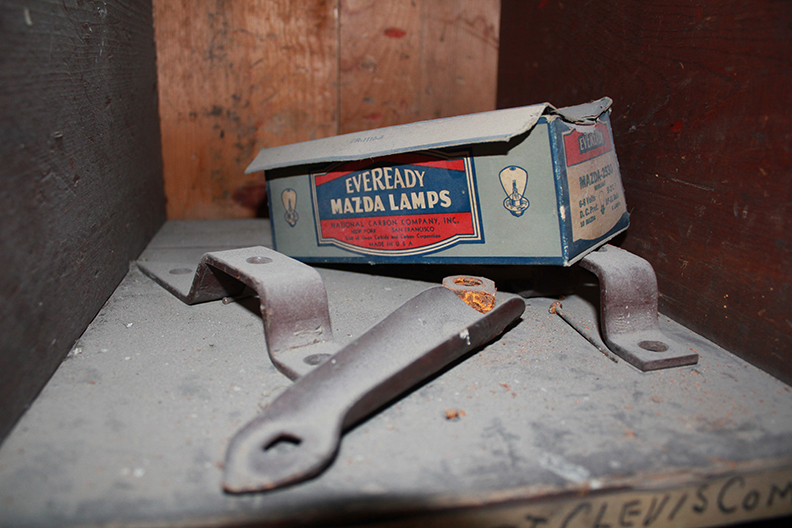 The basement was used to stock inventory for the mercantile, and still has hardware and car parts covered in dust — left untouched for decades. (GAZETTE PHOTO / Michelle Tibbetts)

Not much happened with the project over the first two years, since the law allows that much time as a recovery period for tax sales. It just made sense for the pair to wait before investing in the reconstruction if the previous owner would just be reclaiming his property, Whiteford explained.

“We have removed over 20 tons of construction debris," Whiteford Sr. said. "It’s been a massive clean-up project.”

In the summer of 2016, several local volunteers from Opal and Kemmerer came to help get things started. Due to a leaky roof, there was an enormous amount of water damage and the entire upstairs was covered in fallen insulation. The first order of business was to install a new roof, restore most of the brick work and replace windows.

The first floor had a huge bar along the length of the building with a dancing stage on the other side backed with rows of mirrors. They started by cutting the bar into pieces to make it easier to remove. One local Opal resident took a piece of the bar as a memento. The bar was also filled with hats that had decorated the back of the bar. 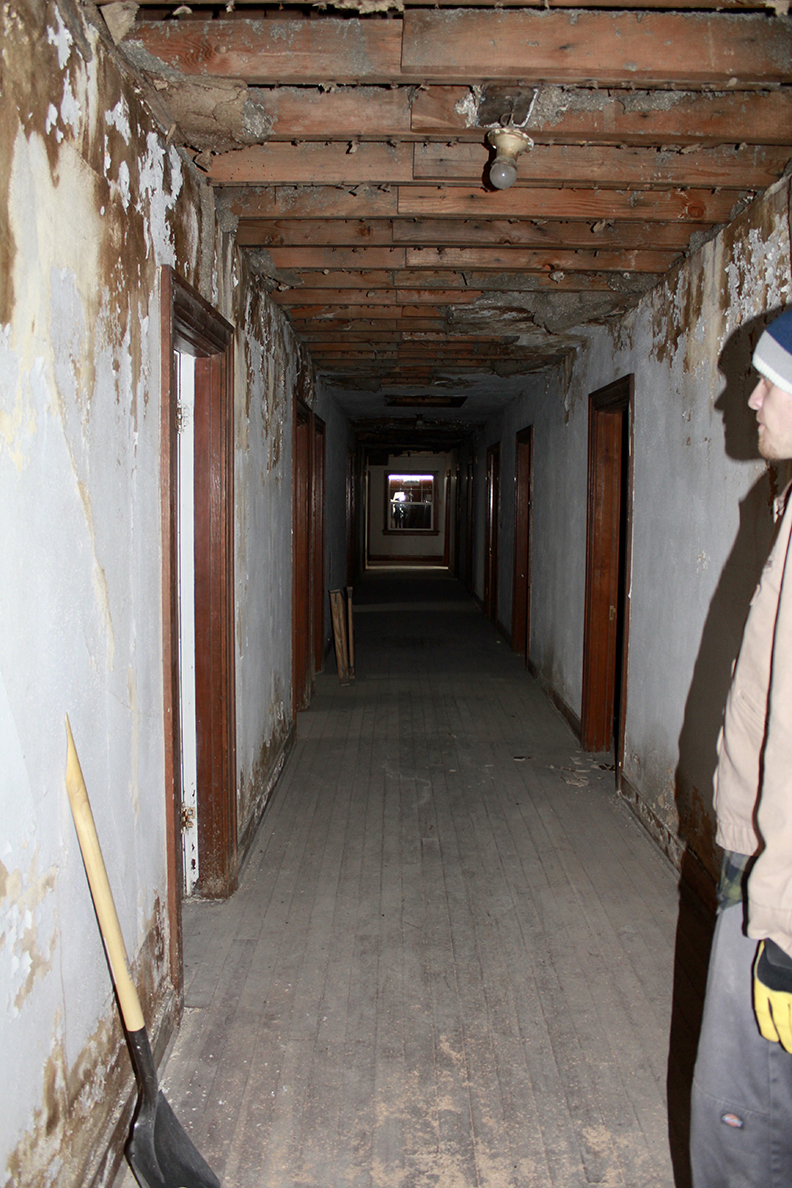 A hallway on the third floor of the mercantile building has 15 rooms. It was once used as a hotel, although there were also rumors of the building being used as a brothel. The building suffered much damage over the years of abandonment, including damage from squatters moving in. (GAZETTE PHOTO / Michelle Tibbetts)

“Everything was just like it was when they closed the doors years ago,” Whiteford Sr. said.

Over the years the building had been vandalized and many of the historic items had been pilfered, but the majority of the building's character has stayed intact. The new owners plan on keeping the design to reflect the building's history and originality.

The Opal Ammo Company's (OAC) fully automated machinery will start manufacturing three types of ammunition initially — .40 S&W, .45 ACP and .38 special. After six months, they plan to add three more machines to include rifle rounds. The machines will produce more than 3 million rounds per month. As their business grows, OAC hopes to employee 15 to 20 people and add more than a million dollars in tax revenue to the county. 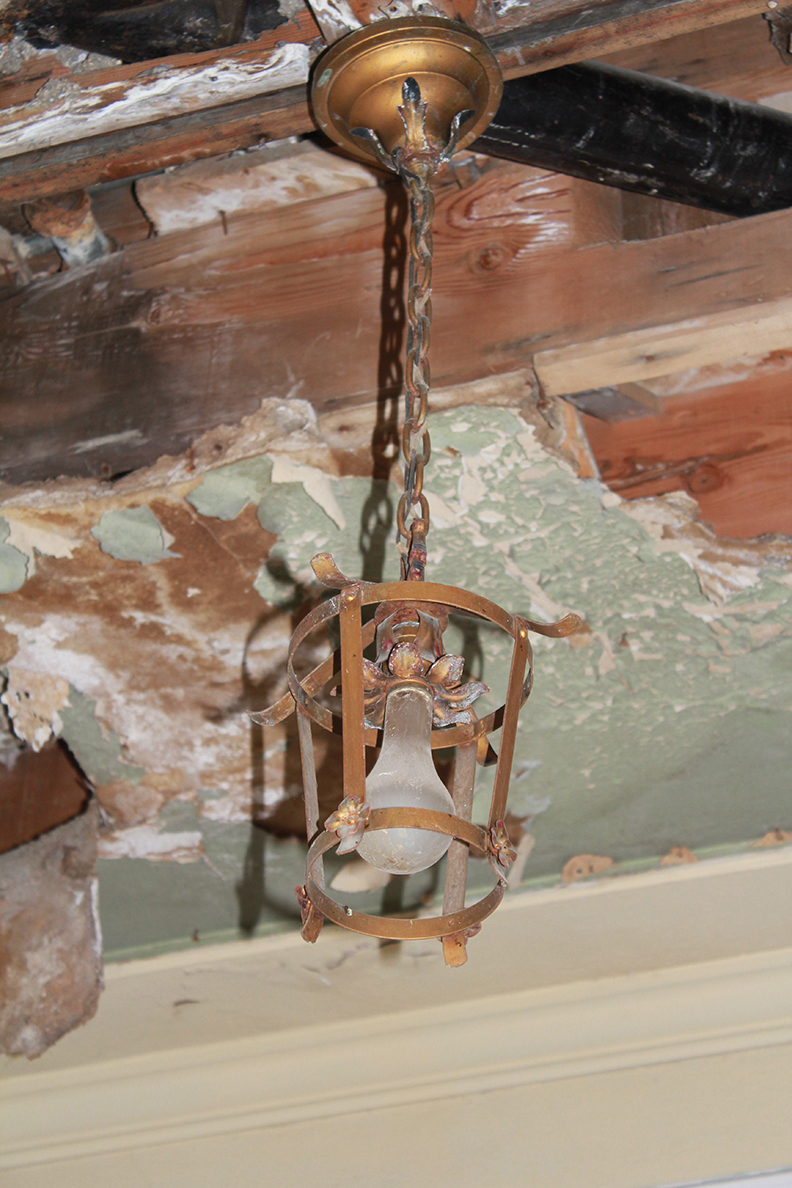 Much of the old lighting is still in place throughout the Opal Mercantile building. The Whitefords said they want to keep the historic integrity of the building intact even as they renovate. (GAZETTE PHOTO / Michelle Tibbetts)

“I think it will be a good thing for the town,” Whiteford Sr. said. He said he looks forward to the building's progress and is excited to bringing traffic to Opal.

The first floor of the Opal Mercantile building where the ammunition manufacturing will take place. Eventually this will be the area of the mercantile store and sandwich shop. (GAZETTE PHOTO / Michelle Tibbetts)

We see you are enjoying our articles!

If you wish view the full all article, watch this short video or subscribe now for full access.

Subscribe Watch Video No, thanks! I will stick to the free stuff
Login